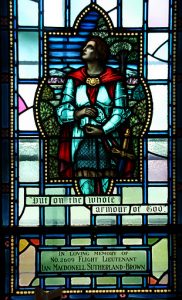 In this episode, Brett, Brian, and Jason conclude their discussion of the Third Petition of the Lord’s Prayer by doing a Bible study on Eph. 6:10-18.  Spiritual Warfare is a misunderstood topic in American Christianity, but it is intimately connected to our prayer life, as we learn in Ephesians.